Last week I allowed myself to be nosy. Stephen and I had been walking daily on a street that connects North Berkeley to Kensington, the town just north of here. A client I was very fond of but haven’t seen in a while lives on that street. During the time she and I were meeting, she and her wife where involved in a major renovation of their house and yard, and she had shared some of their plans and a great many of their frustrations with me. Walking the first day, I became acutely curious to learn which of the houses we were passing was hers.

I don’t usually indulge in nosiness. In all the time the client and I were working together, I didn’t try to discover her address. Although I love architecture and design, my attention was fixed on my client and her writing, I was intent on helping her write her book. As well, I knew asking for more information about her house might feel intrusive to her. I also worried that turning our joint interest toward her house might dilute the good deep work we were doing together on her book.

Yet as soon as Stephen and I returned from our walk the other day, I googled my client. Within seconds, I found the address. Even better, I was able to bring up an image of the house—which turned out to be an address Stephen and I had greatly admired. In fact, it was one of our favorites on the two-and-a-half-mile-long street we were now walking each day.

The day after I discovered the address the weather outdid itself. We walked under a blue sky filled with golden sun, a gentle breeze visiting every so often to cool us off. I brought my camera along, so on the way out, I concentrated on photo opportunities: a rusted fire hydrant, smudges on a stucco wall, a scrap of paper curled on the sidewalk.

As well, we had read the night before about the aerosol qualities of the Corona Virus, and were paying increased attention to other walkers in order to step far enough away as we passed. This often meant stepping into the street to create a sufficient swath, then returning to the sidewalk after half a block or so.

But on the way back, we encountered fewer pedestrians; so we stopped when we reached my client’s home. I knew about the imagination behind some of the outside work, and wanted to have time to appreciate it. As we were gazing through the opening at the top of the gate, I saw a dim figure cross in front of a window facing us. It was my client’s wife; I could tell by the hair. Then, just as I had turned to leave, my husband announced, “There’s a second person now.”

I tried rattling the gate, but nobody heard. The house is about 20 feet behind the fence, so I yelled my client’s name. She heard, and lifting a finger, let us know she was coming outside.

At any other time, I would have been pleased to run into my client., We would have hugged, and I would have asked about her family and the house. Was the work completed? Were her twins playing soccer? What had she been doing now that she was no longer serving on the board that had taken up so much of her time?

But yesterday I was thrilled to see her. Having encountered in the flesh so few people I care about in the past weeks, I experienced what long-lost family members must feel when they are at last reunited. Standing six feet away from her and talking through the opening at the top of the gate, I felt the weight and power of each word passing between us, our conversation like a benediction offered to one another: Seeing you in this way, after all this time, is a blessing. I am so glad you and your family are doing well. You have a place in my heart, and I will carry you with me over the difficult weeks to follow. Amen. 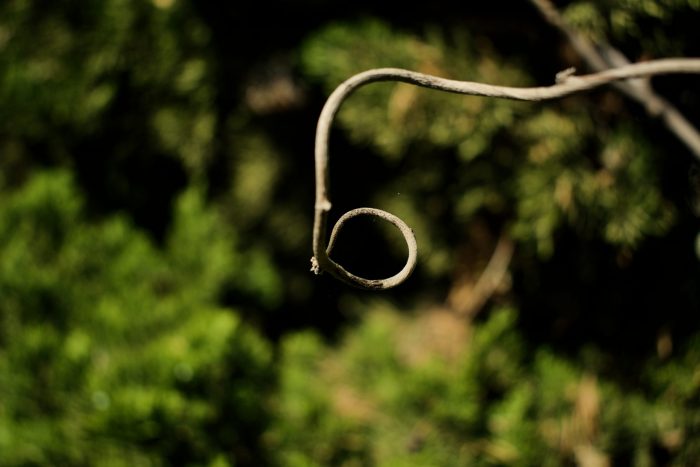 2 thoughts on “One Encounter”